Walk the grand tree-lined promenades of the new city. Relax in the little corners tucked away in the old Medina. Come to Rabat for a tour of Morocco that is both unique and deeply fascinating. At night you can walk around the new city and see it lit up with Christmas lights on towering palm trees. Spend your afternoon sitting in tiny sandwich shops in the Medina and watch as people walk past. Spend your days immersing yourself in history at one of Rabat’s many historical sites and museums. However long your trip in Morocco, Rabat is a must-see destination.

Just outside the city, sitting amongst the hills, the Chellah has presided for centuries. Sometimes a bustling center of life and other times a virtual ghost town, the Chellah’s purpose has shifted and changed with time, while the underlying structure, the old architecture has been left behind.

In the year 40 AD, the Chellah became an important port city in the Mauritania Tingitana, a province of the Roman Empire that covered a segment of Northwestern Africa. Today you can see the ruins of this city, the remnants of the empire’s ancient structures and monuments that serve as a reminder that the land which makes up modern day Morocco has seen many changes in civilization. 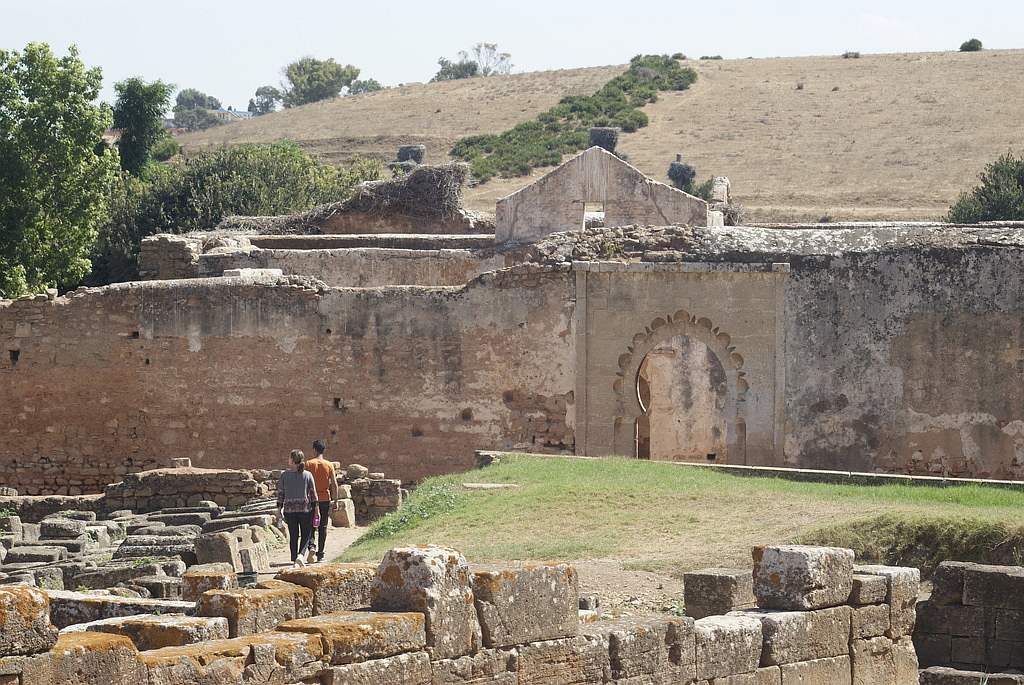 But the Chellah is not just a site of Roman ruins. Alongside the ruins, the changing history is further exemplified by the medieval structures that were added in the mid-14th century. They used the Roman ghost town as a necropolis, a royal tomb for their dead. Around this time, they added a mosque, much of which still stands today and whose minaret stands tall over the expanse of land, drawing you into the cultural shifts presented before you, shifts that have played a major role in influencing the country’s present culture.

Wandering through the ruins of a number of different civilizations fills you with a sense of history that is not easy to find. Rocks, tombs, monuments, and structures surround. Sitting and looking around, it is not hard to imagine people, events. Walk through the gardens, hearing only the sound of your own footsteps and feel transported in time. At a place like the Chellah, it really is not hard to do. 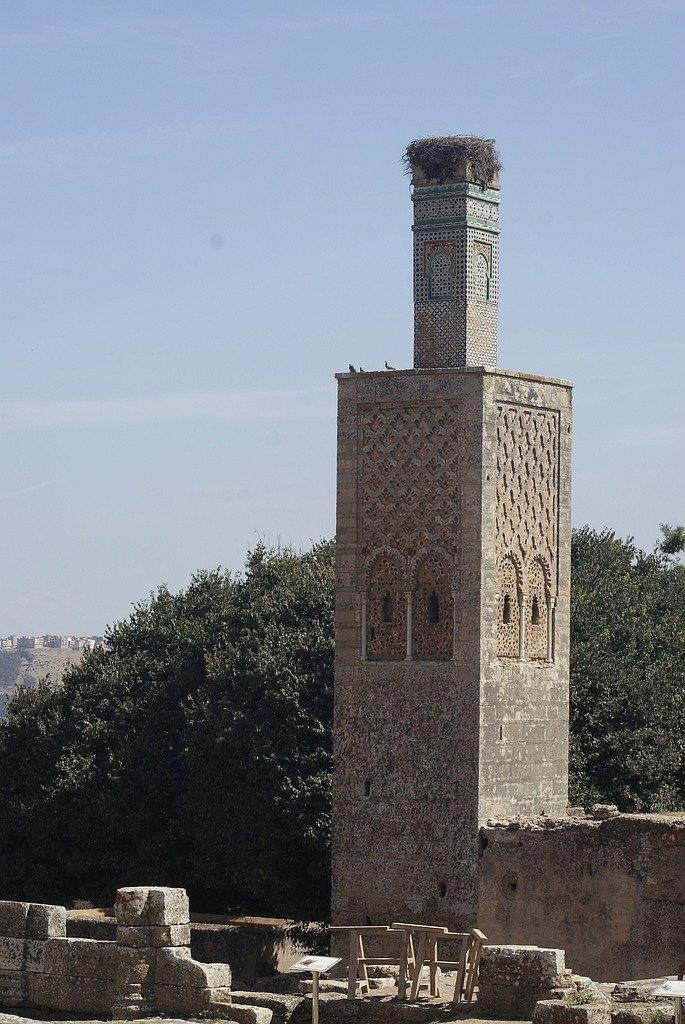 In direct contrast with the ancient history of the Chellah, the Museum Mohammed IV of Modern and Contemporary Art was only finished in 2014. Inside you will find paintings spanning from the early 20th century to the present day, offering visitors the chance to look at recent Moroccan history through the eyes of artists from all over Morocco. 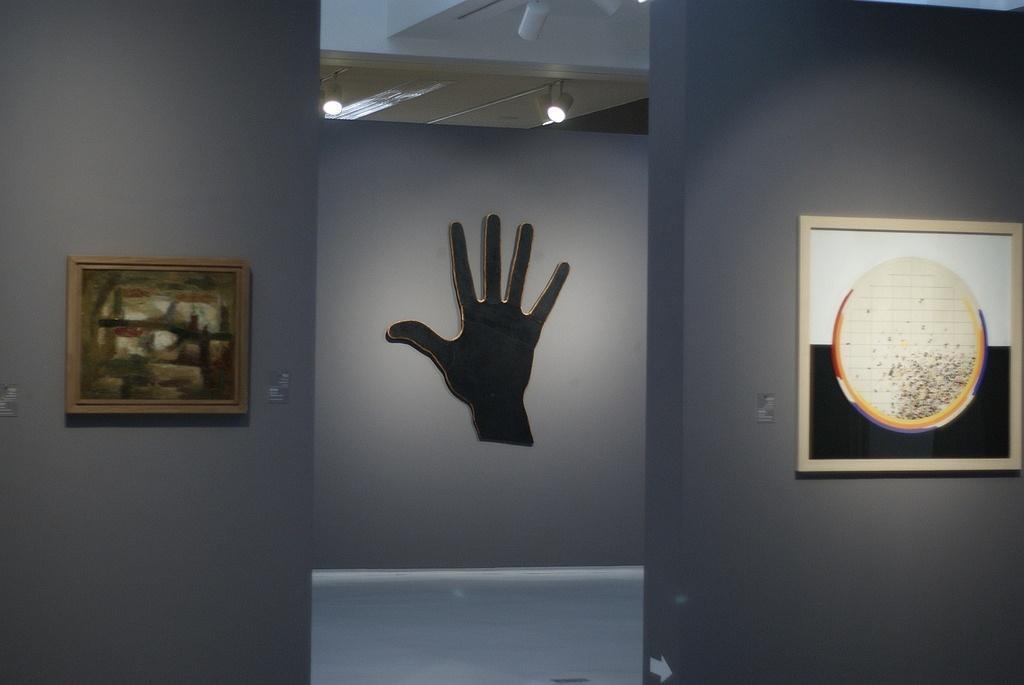 Walk through the beautifully designed museum, and you will feel struck by the way each work of art is able to offer you a glimpse at a specific time and place in Morocco. Within one museum, people are able to take a look at different aspects of Morocco, all in the comfort of a beautifully designed museum. Look at a photograph by an artist from Marrakech. A statue by an artist from Casablanca. A painting by an artist in Tetouan. In each work, you can see reflected some vision of each city.

The calm atmosphere of the museum coupled with its modern design makes it a fantastic place to visit during your stay. Even if you only have time for a short tour of Morocco, the Museum of Contemporary Arts gives you a chance to explore the spirit of different parts of the country all within the course of a few hours. 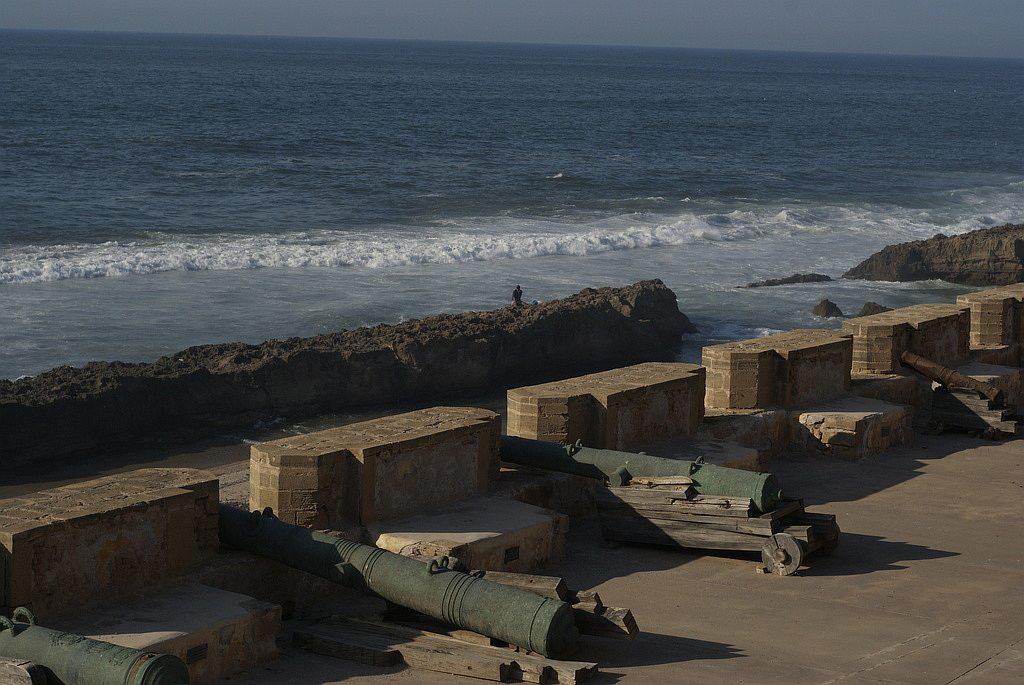 Leaving Rabat and entering the Kasbah of the Udayas is like finding yourself in an entirely different city. Walking between rows of blue and white houses, people can enjoy the peace and quiet found behind the Kasbah’s large stone walls. It is an incredibly beautiful space, one filled with little corners to hide away in and a surprising amount of things to see.

In the 12th century, the ruling dynasty built the Kasbah, their military center, on the river in order to protect the city from pirates and other invaders. Over time, the Kasbah has fallen in and out of significance, each time being added to and expanded upon. 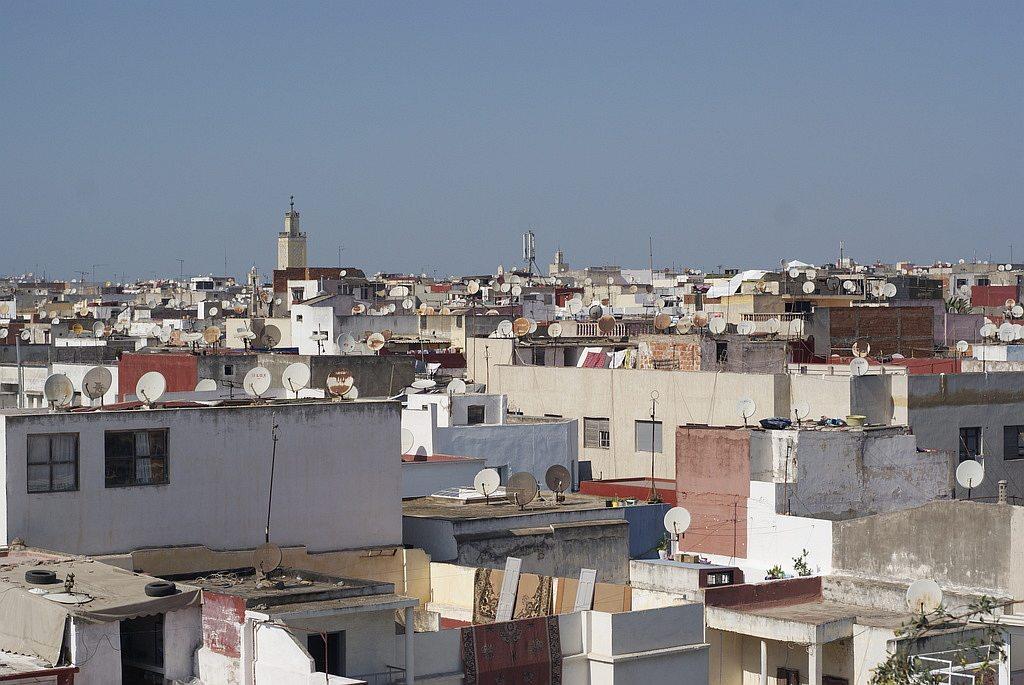 Today, around 2,000 people are housed behind the imposing wall of the Kasbah and much of the original structures remain in tact and in use. As a visitor wandering through, there is so much to see. Experience the peace of the space as you walk through the fortress gardens. Sit and relax while enjoying a cup of tea at one of the city’s small cafes. Let yourself marvel at beautiful ocean views from the terrace at the far side of the Kasbah. Dive into the history with a guided tour of the old fortress, walls, and museums. No matter what you choose to do here, make sure the Kasbah makes your list of things to see in Rabat.

As you walk from the new city to Rabat’s small medina, what immediately hits you is calm that lingers in the quietly bustling space. Around every corner, the same rows of white buildings greet you. Little shops with smiling vendors and bustling snack stands filled with locals chatting offer contrast to the noisy chaos tourists face in larger destinations.

A visit to any city in Morocco would be incomplete without a look at the medina and Rabat is no different. The medina dates back to the mid-12th century and still retains a sense of local culture that can be hard to find in crowds of tourists and on streets filled with shops and restaurants meant to cater to western tastes. Here you will find all of the things you expect -little cafes, fruit and vegetable stands and shops selling things like leather bags, spices and tajines, but the difference is in the atmosphere. With a population of only 400,000 in the medina, Rabat offers the experience of a Moroccan city without the hassle, business, and stress of a big city. Wander through the streets without fear of getting lost, join in the crowds of people milling about, feel like a local and embrace the laid-back atmosphere of the city. The medina alone makes Rabat a must-visit city on any tour of Morocco. 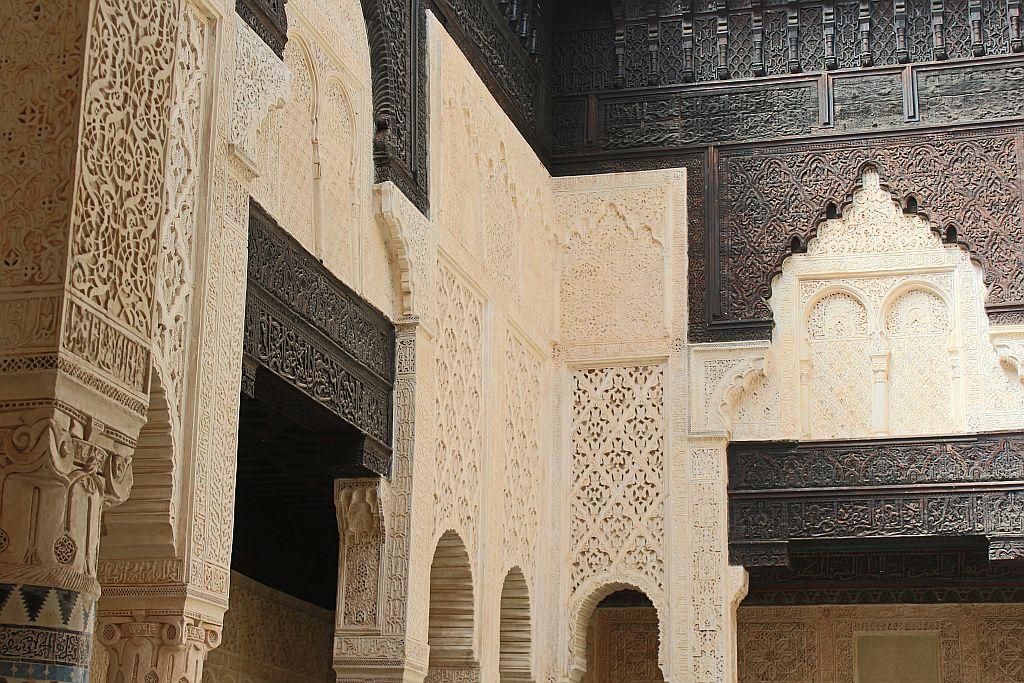 Though so much of Rabat is laden with impressive historical sites, history buffs should be sure to take a tour of Rabat’s neighboring city, Sale. Though Sale is not as well known as Rabat and few tourists ever find themselves here, a guide on can show you that Sale’s past is full of rich and fascinating stories.

Stories of bitter rivalries with Rabat, government supported piracy, and Islamic tradition fill the city with a sort of mysterious quality, only heightened by the fact that few tourists ever wander through the city’s streets. On a guided tour, you will see parts of the city even the locals do not have access to. After climbing to the top of one of the city’s main gates, walking through the religious part of the city, and visiting a traditional riad, you will leave laden with a new understanding of not only Sale, but the whole of Morocco. 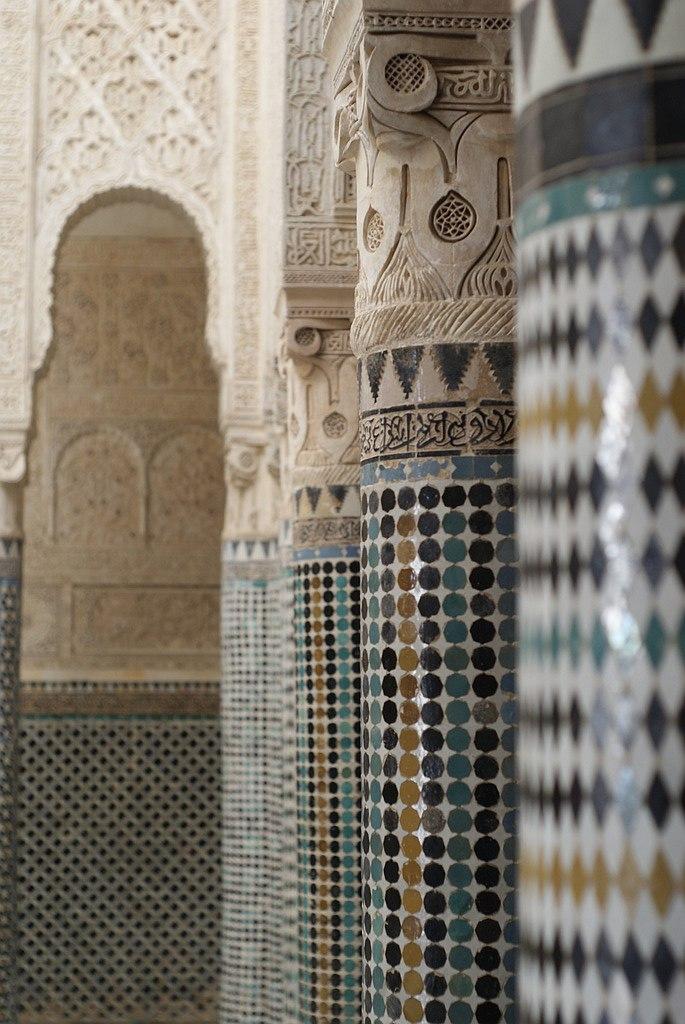 In Sale, travelers are able to find the authenticity, which can be difficult to find on a short stay in any country. There is something deeply fascinating about touching a part of the country that is so often skipped over. All over Sale there is the breath of tradition, which so often gets swept aside with waves of tourism. Be sure not to miss this once in a lifetime opportunity to see Morocco up close and personal.