The rise of a pasha Featured

Many of our private tours of Morocco include a detour by the Pasha Glaoui’s ruined palace in Telouet, up in the High Atlas mountains and the nearby salt mines. But not many know that from this desolate group of ruins in the High Atlas, so far from the seat of government at Fez or Rabat, arose by a strange chain of coincidence a generation of kingmakers...

The castle stands at an altitude of more than 8000 feet and its scattered rookery of crumbling predecessors occupy the corner of a desert plateau, circled by giant peaks, all of them rising to more than 10000 feet. The kasbah is a tower of tragedy that leaves no room for laughter. Not too far away are the days when a giant Black slave used to open the lock with a foot- long key, one among the 67 he was carrying, and set his shoulder to the iron- bossed twenty- feet high doors. The reception rooms had taken 3 years and three hundred men to work on, plaster workers, carvers and one painter. The owner of the castle had intended that is should become the most fabulous palace in Morocco. But deep invading cracks cut crudely through the intricate elaboration of years of work, for the kasbah is empty now and slowly returning to the soil it was molded from. If these crumbling walls could talk... 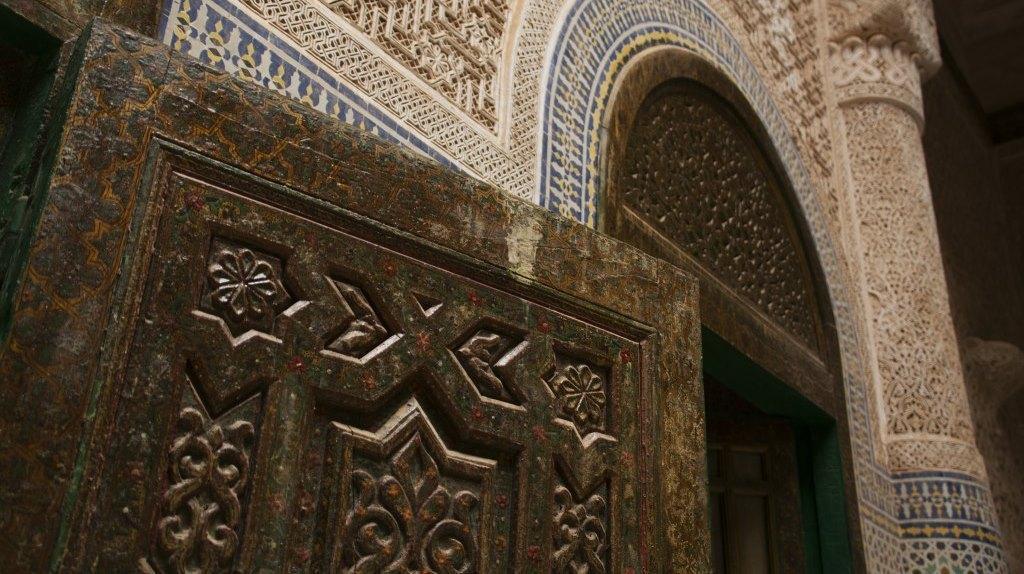 The year is 1893 and the Sultan Moulay Hassan has decided to visit the desert regions of Morocco including far – off Tafilalet, the great oasis form which his dynasty has originally sprung.
Leaving Fez in the summer, the Sultan proceeded south, crossing the Atlas and descended to the upper waters of Ouez Ziz. Food was lacking , the desert regions could provide little. The water was bad, the heat unbearable. Every kind of delay, including rebellion and the consequent punishment of the tribes, hampered the Sultan’s movements and it was only towards winter that he arrived in Tafilalet with a fever- stricken army and greatly diminished transport.

He did not try to return to Fez, but instead made for the southern capital of Marrakech, separated from Tafilalet by the mighty High Atlas mountains. By the time his army had reached the foothills of the Atlas, the winter snow had begun; as they climbed higher into the main massif more and more of the camels, mules and horses, weak with starvation , stumbled into deep snowdrifts and died.

Men too weak to carry their weapons any further dropped them and struggled on unarmed. The main arsenal, however, which included a Krupp assault cannon and a quantity of its weighty ammunition, was never abandoned. The Sultan was still many days march from Marrakech, and he was far from certain of his reception by the mountain tribes through whose territory he was passing.

Reading from left to right as the Sultan’s army now looked up at the mountains, these tribes were the M’tougga, the Goundafa and the Glaoua, the latter dominating the pass then called Tizi n’ Telouet. The chief of each of these tribes was officially a Caid, or representative of the Sultan, responsible for collecting taxes and enforcing recognition of the central government. These were the principal three caids of the High Atlas and they were constantly at war with one another and constantly changing alliance. They exacted heavy tribute from the caravans of dates, olives , argan oil and walnuts, whose trade routes led from south through the passes they commanded.

Caid Madani El Glaoui, controlling Tizi N Telouet was of different caliber from either of the other rival war lords. He was a young man of great intelligence and limitless ambition, an outstandingly brave warrior who possessed at the same time something more than a flair for intrigue. The Glaoua were almost unique among the Atlas Caids in that they did not owe their comparative affluence entirely to piracy and violence for they owned an extremely profitable salt mine. The old pass snaked upwards through the desolate, lunar valley of the Oued Mellah – the river of salt. To these salt mines of Telouet came camel caravans from the Sahara, from the Sudan, from Mauritania, from inner Morocco and from the great oases of the desert. The family was by now on its way to comparative wealth but not to power, for it could command, at the most, between two and three thousand mounted warriors. 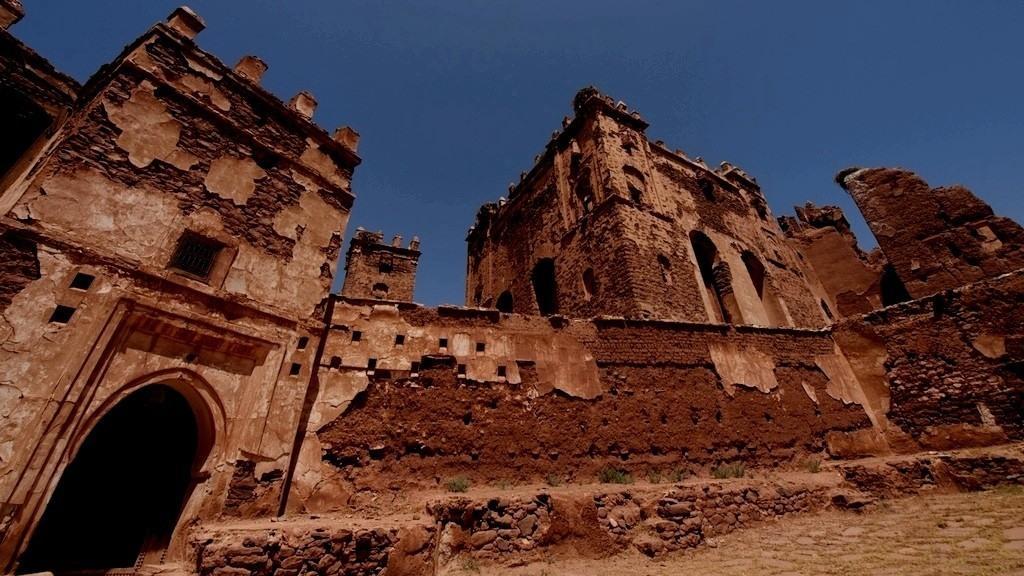 In that autumn of 1893 when what little remained of the Sultan’s army was struggling upward through the snows under a canopy of ravens and vultures and with a rearguard of jackals and hyenas, the Caid Madani El Glaoui was twenty seven years old , and his brother Thami , was fifteen. The Glaoua pass at Telouet lay on the Sultan’s direct route to Marrakech. Madani and Thami heard of the approach of the defeated Sultan’s army while it was still many miles away. The sum of their knowledge added up to the desire of giving the Sultan the greatest welcome he had ever received from a mountain Caid. Having taken this decision, Madani put the greatest pressure upon all the tribespeople owing allegiance to him , and in 48 hours they had collected a vast number of mules and horses, an uncountable number of sheep and goats for slaughter, and special dues poured in from every corner of their kingdom in cash and kind until, when the Sultan’s harka was still twenty miles away, Madani El Glaoui was prepared to entertain the Sultan and his army for as long as they cared to stay.

With his younger brother, he rode out to meet the harka, accompanied by a bodyguard of five hundred mounted warriors and behind him trailed the infinite army of mules and horses that he had requisitioned. Madani observed every detail of protocol, prostrating himself before the sultan in the snow and touching his forehead to the ground. The Sultan had no choice but to accept his offer. After all, he knew that without prolonged rest and food he and his army would never reach Marrakech. He therefore graciously accepted and within five hours he and his army were installed at Telouet. The diffa , an endless banquet at which course succeeds course, spiced chickens and pigeons, couscous, and whole roast sheep and kebab and almond pastries and sweet mint tea – long after the guest can eat no more, lasted all through the night. 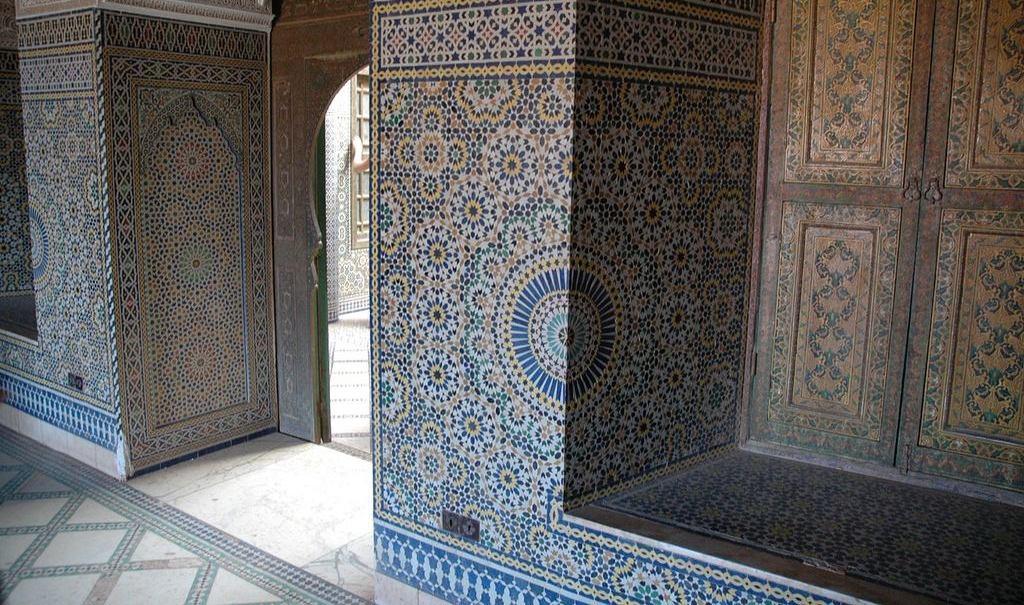 By some unguessable means, Madani found the resources to prolong this situation for several days, while the sultan recovered his strength and his army munched its way through a few more thousand sheep. The day before their departure, the Sultan made Madani his personal khalifa , or representative in the region, giving him nominal command of all the tribes between the High Atlas and the Sahara. Of infinitely greater significance, he made him a present of a considerable amount of modern arms and ammunition. This included the 77 mm bronze Krupp cannon, the only single heavy weapon in all Morocco outside the Imperial Cherifian Army. From then on the surrounding tribes regarded Telouet as a veritable arsenal of modern warfare.

© Sun Trails 2016. All rights reserved. This article is based on excerpts from the book 'Lords of the Atlas' by Gavin Maxwell.

More in this category: « Morocco's true luxury - a day at La Mamounia Moroccan Cooking Class and Souk Introduction »
back to top